The handset quickly achieved a band status, and fans of the brand have long been waiting for the sequel. Hope increased this year when Xiaomi decided to improve the Poco to a separate brand.

After a year later the poco will launch its second smartphone today, The Poco F2 Pro will be available worldwide through an online event scheduled to start at 8 pm. GMT and those interested in India can catch it live on today at 5:30 pm.

According to some reports and rumors claiming that the Poco F2 Pro is a rebranded Redmi K30 Pro. The latest leak comes from Ishan Agarwal, who uploaded the “official rendering” of Poco F2 Pro. Based on these renderings, Poco F2 Pro has a full-screen design and a pop-up front camera module. Agarwal further revealed that it has two storage options with 128GB and 256GB of internal memory.

The Poco F2 Pro will feature a 6.67-inch full HD AMOLED display that will come with a 120Hz refresh rate. and Poco has also confirmed that it will have Snapdragon 865 chipset with 8GB of RAM. According to an official teaser, the performance unit will feature LiquidCool Technology 2.0 for thermal heat management,

Poco F2 Pro is expected to come with the quad-camera setup with a 64-megapixel sensor, a 13-megapixel wide-angle lens, a 2-megapixel depth sensor, and a 5-megapixel macro lens similar to the Redmi K30 Pro 5G. The pop-up camera will be a 20-megapixel sensor for selfies. Poco F2 Pro supports the 33w fast charging and it’s packed with the 4,700 mAh battery.

You can watch it below: 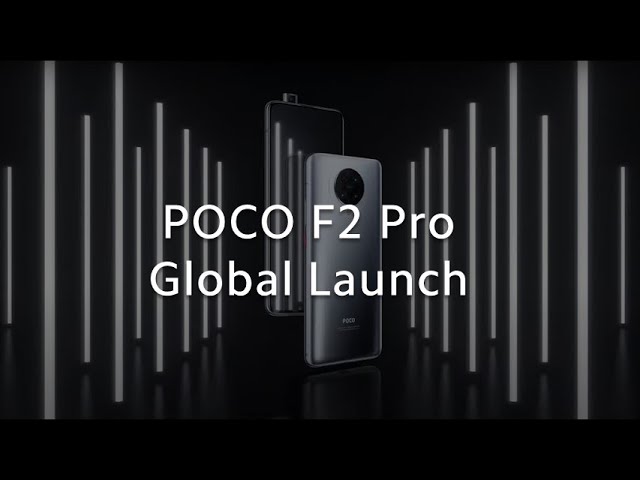 OnePlus 9RT is expected to launch in October

Infinix Smart 5A set to launch in India...