Vivo V20 is all set to launch in India today at 12 PM via live event. This event will be livestreamed through YouTube. along with a Vivo V20 Pro, the company had unveiled this phone in the Thailand on last month. The key features of the Vivo V20 includes Android 11 with Funtouch OS 11, and the phone comes with a 6.44-inch full-HD AMOLED display.

The launch will be live streamed on the company’s official YouTube channel. the Vivo has not shared official pricing of the V20 smartphone. according to a well-known tipster. An older Flipkart banner suggested a price between Rs. 20,000 and Rs. 30,000. 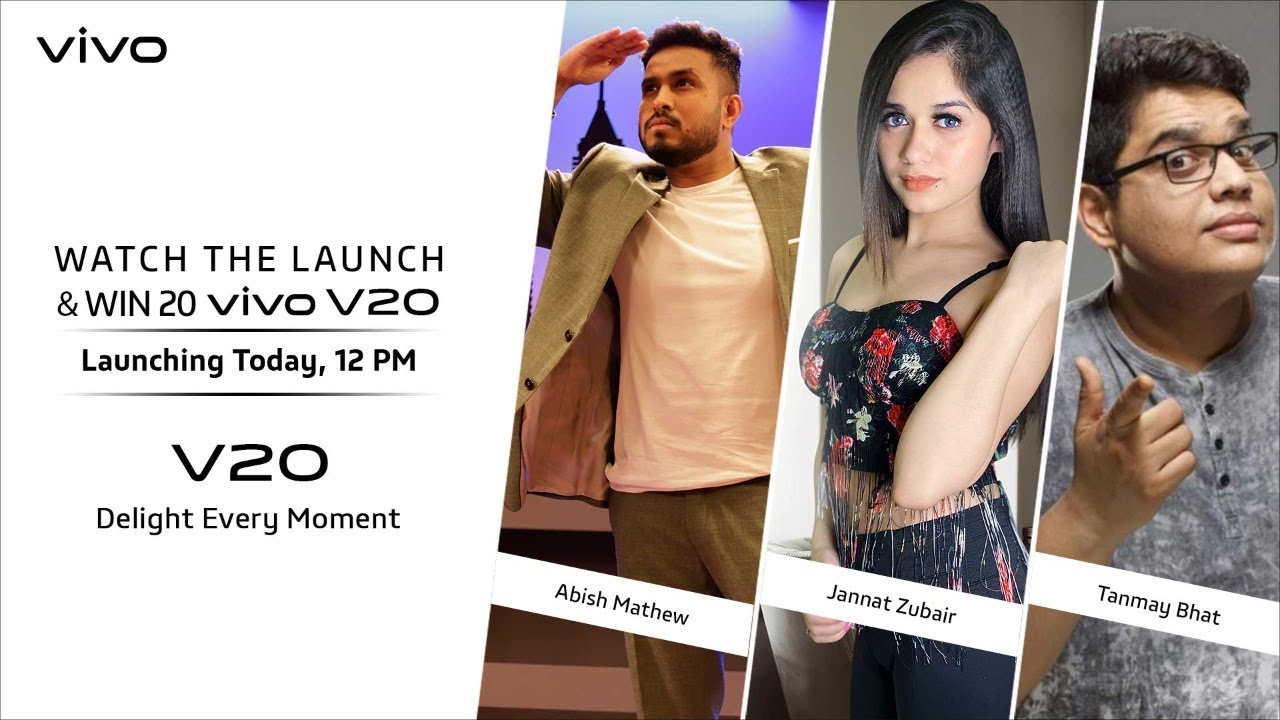 The octa-core Qualcomm Snapdragon 720G processor loaded inside, which paired with a with 8GB of RAM and 128GB of onboard storage option that further expandable via microSD card.

Talking about the camera, the Vivo V20 smartphone comes with a triple rear camera setup that included 64 MP primary sensor, 8 MP and 2 MP with two secondary cameras. For capturing selfie and video, it provides a 44 MP selfie camera in the front.

The smartphone loaded with a 4,000mAh battery pack inside that supports 33W Flash charge fast charging support and there is also have in-display fingerprint sensor.

OnePlus 8T is going to be launched in India today