Realme is launching it’s new three products in the Indian market today via the online event at 12 pm. With these new products, Realms will expand into two new product segments. The company will launch smart TV, smartwatches, and other series of Real Buds Air.

Realme already exists in the audio segment with Realme Buds Air, but Realme TV and Realme Watch are the first devices in the TV and smartwatch segment, respectively. Realme has been teasing these devices for the past few days.

Realme TV is the company’s first venture into the smart TV space and will be released in at least two screen sizes. According to the company’s teaser page, Realme TV features a sports design with a MediaTek SoC and a simple minimal bezel. In addition, the company also revealed that Realme TV includes a 4-speaker system, has a total output of 24W and supports Dolby audio. In addition, Realme TV runs on the Android TV platform and has built-in Chromecast functionality. It has also been confirmed to support Google Assistant. Another teaser on social media.

As mentioned earlier, the Realme Launch Event for Realme TV, Realme Watch, and Realme Buds Air Neo will begin at 12:30 pm. It will be an online event due to the coronavirus pandemic, and the company plans to stream it via social media such as YouTube, Twitter and Facebook. 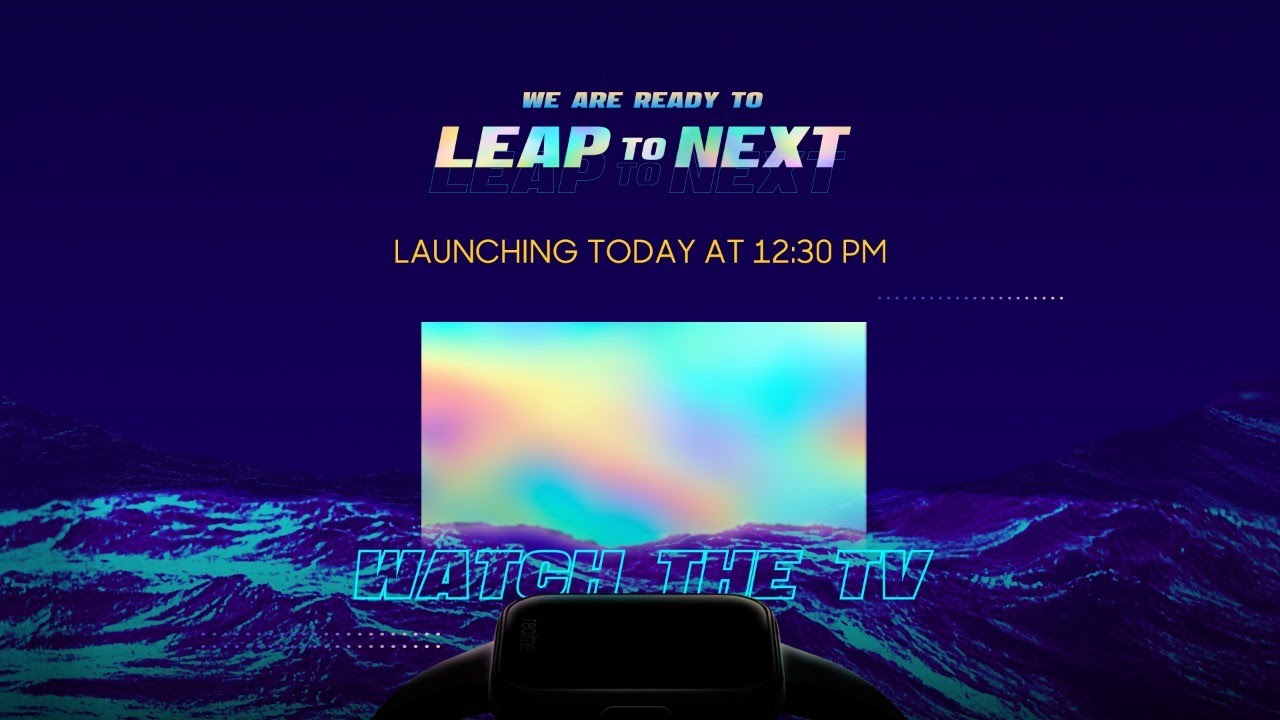 Redmi has introduced a new affordable soundbar with an 8-unit subwoofer audio system in China.