Poco’s new budget smartphone Poco C3 is going to be launched in India today. Earlier this year, the company launched the Redmi 9C smartphone in the Malaysia, which now the reports suggest that the Poco C3 is the rebranded version of the Redmi 9C. Flipkart has already created the dedicated page for the Poco C3, which confirms some key features of the phone that include the 5,000mAh battery.

According to the teaser, the smartphone has an HD+ display with a water-drop-style notch. it said to have 4GB of RAM and a triple camera setup on the back, which comprises a 13MP primary camera.

If the Poco C3 is a rebranded version of the Redmi 9C, then the phone could have a 6.53-inch HD+720×1,600 pixels LCD display and an octa-core MediaTek Helio G35 processor. Storage on board should be expandable via microSD card (up to 512GB). The phone should also have a fingerprint sensor on the back of the smartphone. Poco C3 must support 10W fast charge. Connection options may comprise a 4G LTE, Wi-Fi, 3.5mm audio jack, and a Micro-USB port for charging.

The launch event of the upcoming smartphone Poco C3 will start at 12pm today in India. The event will be streamed live through the Loco game streaming app, YouTube, Facebook, Twitter and Instagram, Rio TV, and Gaming Monk.

The company has not revealed the price of the smartphone, but as per the recent leak that suggests it will the phone at Rs.10,990 for the 4GB + 64GB storage variant. 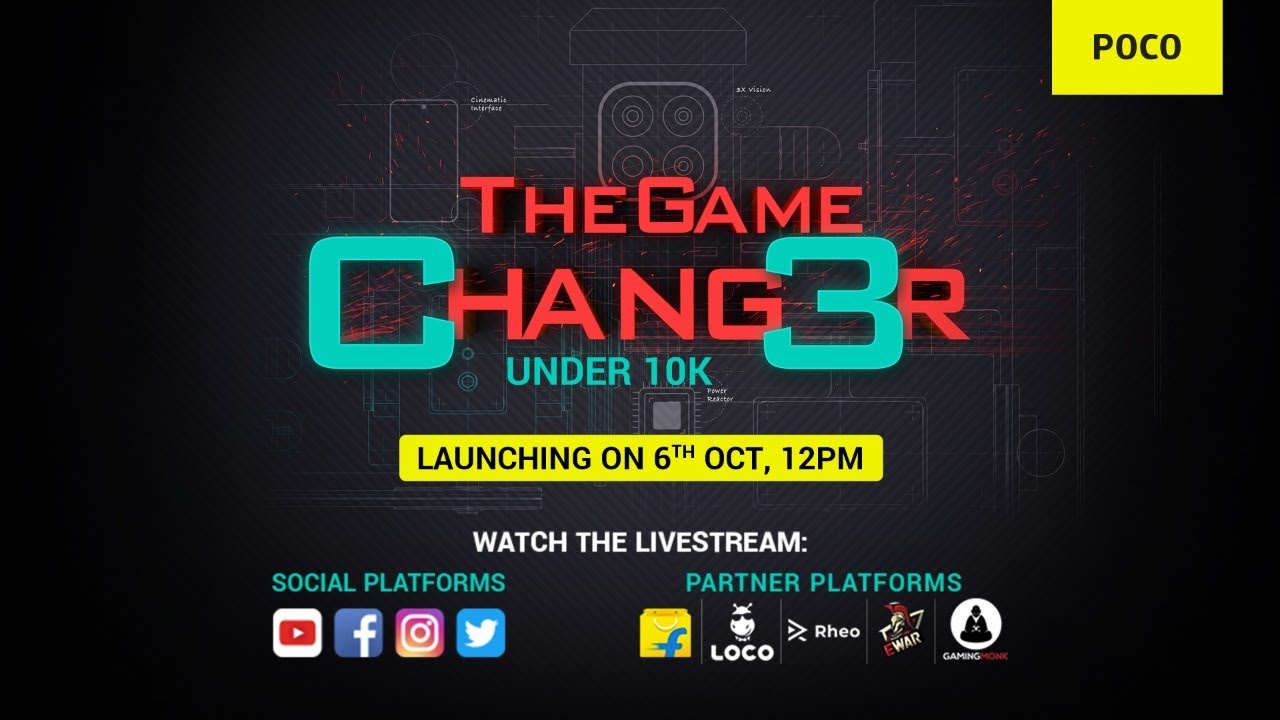 Realme 7i is going to be launched in India today at 12:30 pm